The knee is a complex hinge joint composed of many components. These include: bones, articular cartilage, menisci, ligaments, synovium, tendons, muscles, and nerves.

Below is an anatomic model of the knee. The knee cap (patella), and the associated tendons, cover the front portion of the knee. The femur is the thigh bone; the tibia is the shin bone. The supporting ligaments (MCL and LCL) are seen on the sides. The MCL and LCL stabilize the sides of the knee preventing abnormal sideways motion. 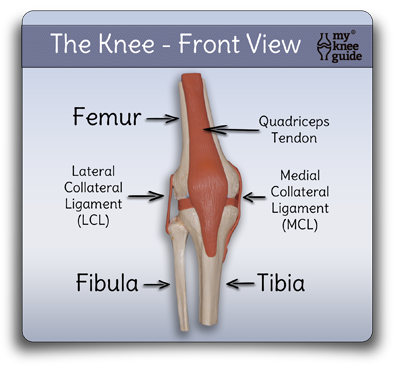 Below is the side view of the anatomic model of the knee. Notice that the knee cap (patella) is on the right side of the model. The quadriceps tendon and patella (along with its associated tendon that attaches to the tibia) are called the extensor mechanism. These sets of structures are necessary for the knee to straighten and develop power. 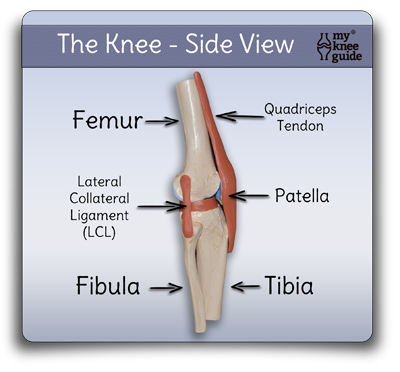 Here is the anatomic model of the knee now exposing the deeper structures. The knee cap (patella) has been removed from this picture. The cushions (medial and lateral meniscus) are now able to be seen clearly. Notice how the menisci help to add significant conformity between the round end of the femur and the flat top of the tibia. The menisci also provide significant shock absorption. 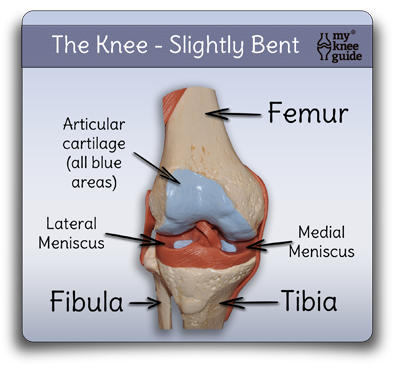 This model shows the knee when it is completely bent. The knee cap (patella) has also been removed from this model. The large amount of articular cartilage on the end of the thigh bone (femur) can now been seen well. Also, the two central ligaments (ACL and PCL) are better visualized. These two ligaments stabilize the knee preventing excessive front to back motion. 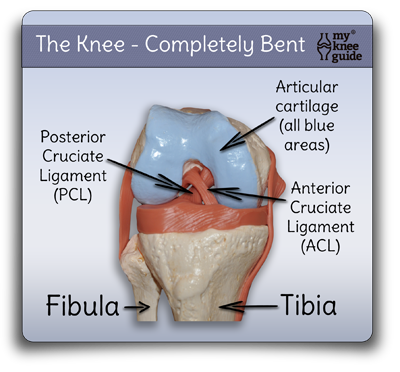 The Knee Replacement Prosthesis - Is there a Right One for You?